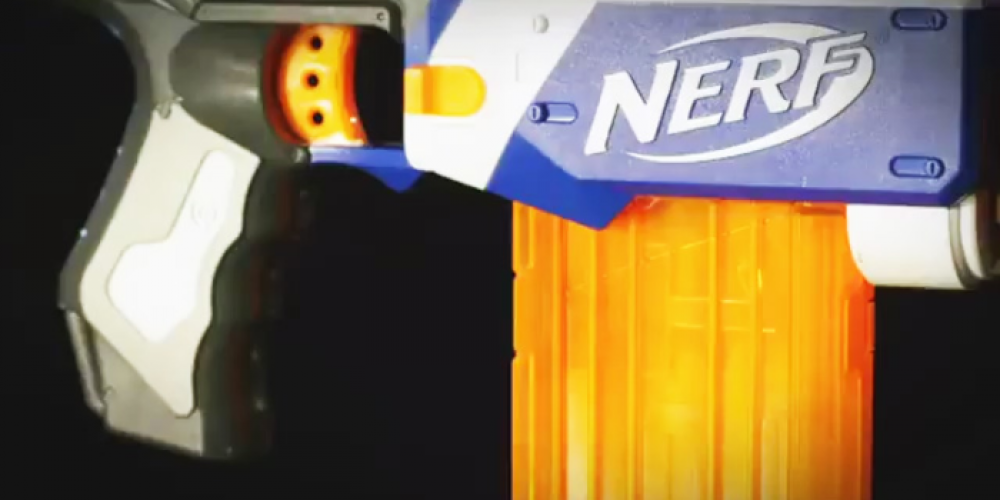 Any iconic in-game blaster needs its Nerf version. And now it steps up with a item that every League of Legends fan will consider necessary next to their gaming gear – the Jinx’s Fishbone weapon. Now you can use it in real life, shooting a dart or two or just enjoying its presence around, or choosing it as a gift to some League of Legends fan you want to make a special present to.

Being one of the most iconic characters of League of Legends (and the animated series Arcane spawned by it in 2021), Jinx has her signature weapons, and Fishbones is one of them. With Fishbone, she expands her range and deal more physical damage both to the target and to the enemies that happen to appear nearby. Hardly these effects could be realized in the NERF version, but it looks exactly like its in-game counterpart.

In addition, it is a really big toy, being 35” long. It comes with a drum that places up to 18 darts, shooting three of them at once. And the force of the shot is so serious that Nerf recommends using face protection if you’re a potential target; not that this weapon is designed to kill, but Nerf doesn’t want to be sued anyway. In case you just want to showcase it, the blaster comes with a stand on which you can position it in your gaming inner sanctum.

The price of the item is as hefty as the blaster itself. As the holidays are coming, Nerf expects quite a lot of LoL fans to readily pay $169 for this one device. Given that it lacks the hi-tech features other Nerf blasters have, from optical aiming to Firevision that enables players to keep playing in the dark, this price is positioning Fishbones as a collectors’ item. It may drop in the following months, though; it has already happened to some models by Nerf.

Known since the 1950s, NERF started making its famous dart blasters in 1992, soon after being acquired by Hasbro. Now, you can preorder the item on the Hasbro website. Or have you already? Do you like this one? How does it look next to the in-game version? Tell us what you think about it in the comments!